'Unloading' and Why Context Matters


Reducing training load can be a well-informed strategy or an unintentional disaster - learn what Unloading is, the different forms it takes, and the contexts in which Unloading is advantageous. 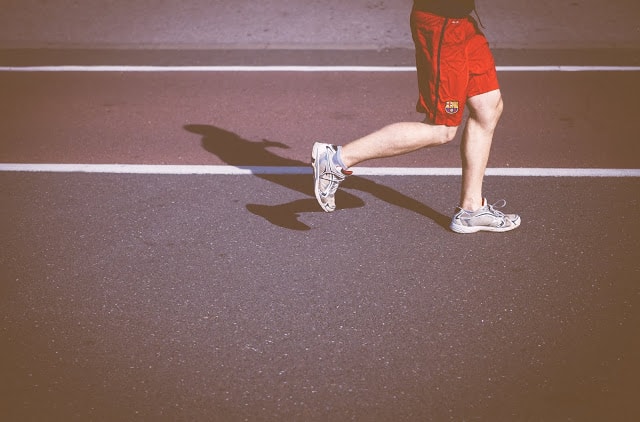 As research continues to suggest that 'overuse injuries' should in fact be labeled as 'training load errors'1, it is important to understand the basics of training load. Learning to apply these concepts practically—i.e., actually monitoring training load—allows athletes to better understand training effectiveness and injury risk.

In general, the term ‘load’ broadly encapsulates all the stresses that an athlete is experiencing at a given time. For the sake of this article, the term ‘training load’ is synonymous with ‘workload’, and refers to the cumulative stresses an athlete experiences as a result of training efforts, taking into account the volume, intensity, and frequency of their training.

At the most basic level, an athlete is either building, maintaining, or reducing load while progressing through a given training season. Within the PWR Lab framework, the term 'unloading' refers to reducing load on the body, which may be occurring for a variety of reasons.

Fitness is ultimately driven by a dose-response mechanism: a particular dose of stress is applied to the body through training, and the body must respond to the load being placed upon it. In general, people tend to have a good grasp on the desired response (i.e., the training adaptation an athlete is seeking) and the challenge lies in determining the dose needed to achieve that response. Good load management is achieved by tracking and intentionally adjusting workload, and is an effective means of optimizing the dosages that will maximize fitness, and thus performance.

The term ‘unloading’ is not inherently good or bad, as it simply refers to an athlete reducing load. Unloading occurs when training load is less than what is required to elicit an adaptation to training stress. Determining whether unloading is desirable ultimately depends on context, such as the athlete’s training goals and intended stimulus, and what the athlete should be doing as a result of that context.

Undertraining is a common example of unloading. The term ‘undertraining’ has a negative connotation, implying that an athlete is doing less than what is required to achieve the intended training adaptation. Simply put, if an athlete is reducing load during a block of training that is specifically aimed at building load, they are missing the mark and training sub-optimally.

In contrast, tapering is another common example of unloading, representative of the same reduction in load, but for drastically different reasons. Consider the following statement:

With that in mind, a well designed taper before a big race—an intentional period of unloading—serves to reduce an athlete’s fatigue before race day without reducing their overall fitness (or at least to a lesser extent). If the difference between fitness and fatigue is a predictor for performance, then in the context of a taper, unloading can help to maximize that difference (and thus performance), or conversely in the event of undertraining, can prevent the overall fitness level from climbing to its potential.

Note that these are not the only two examples of unloading. While tapering for a race is one example of intentional unloading, there are other unloading situations that are often appropriate for a variety of context-specific reasons, such as an entire block of training designed around recovery or lesser intensity.

PWR Lab utilizes data you’re already collecting with your GPS watch to quantify your training load and provide visuals that make optimal load management easy. Unloading is indicated by a neutral grey bar, clearly expressing that workload is being reduced—without imposing a judgment on whether or not that is optimal (green) or risky (red/yellow). We recognize that the context associated with that grey bar matters, and aim to visualize your data in a way that enables you to make informed training decisions no matter the context.

Avoiding erratic changes in workload makes athletes more robust and resilient, ultimately lowering the overall risk for running-related injuries3. Proper load management is key to training consistently and reaping the performance benefits that come a result. PWR Lab decodes your masses of second-by-second training to make this possible for all runners.

Sign up for a free trial today and experience firsthand how easy it is to track workload, monitor risk factors, learn about stride characteristics, and forecast future races & workouts.

Jen is a data scientist at PWR Lab, where her passions for analytics and physiology collide. She holds degrees in Predictive Analytics and Exercise Science, and enjoys the need to frequently leverage both skillsets. Jen is also an endurance coach and world championship qualifier for Ironman 70.3 Triathlon. She holds ACSM certification as a strength and conditioning trainer, and is ultimately fueled by coffee, data, and banana bread... not to mention her love for cats